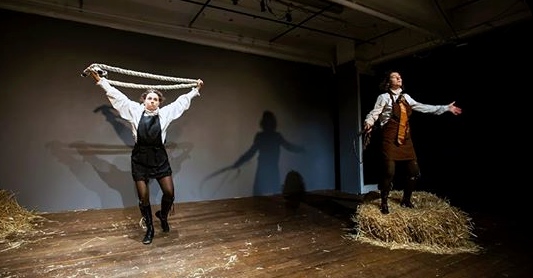 Emily Ayoub and Miné Cerci in A HUNGER SUITE

Emily Ayoub and I traveled to Istanbul to develop, devise and present ‘A HUNGER SUITE’, based on the works of Franz Kafka, with top Turkish actress Miné Cerci.

We played the show in the Sezincikat Theatre in Central lstanbul, and attracted a core of Istanbullu (sic) theatre buffs who were very passionate about it. We played it in English with beautifully crafted Turkish surtitles….!

After more development in Sydney, we subsequently presented the show here at the Old 505 Theatre, Sydney:

We had some really well-considered, thought-through critiques….!

“This is difficult, beautiful performance. Abstract, beguiling and hilarious.”

“Beautiful, brief, strange and funny… Just came back from Clockfire Theatre’s interpretation come melt-down of Kafka’s short stories and aphorisms. It ended in under an hour and before I even knew it was happening. Like some sad circus on a farm left over from a German dream. Tremendous acting, physical and odd. A HUNGER SUITE is well worth seeing…”

“Simply magnificent show. There’s rarely theatre shown these days that leaves you thinking about it days after – this show exemplifies this tenfold. I was moved, I laughed and I was even rather unnerved at some points. Don’t miss out on this unique and thought provoking piece of theatre!” –

“Russell Cheek has guided Clockfire to slice-and-dice the spirit of this great 20th century writer and serve it up, near piping hot, with side orders of his most powerful ideas.”
Crikey’.com – Lloyd Bradford Syke

We even had attendance from Australia’s greatest director, Neil Armfield, who said:

“I enjoyed this VERY much – it is like a mythological poem – about performance, and therefore, life…”

This was such an enjoyable, edifying and encouraging experience, we hope to find more life ahead for this unusual, innovative performance….! 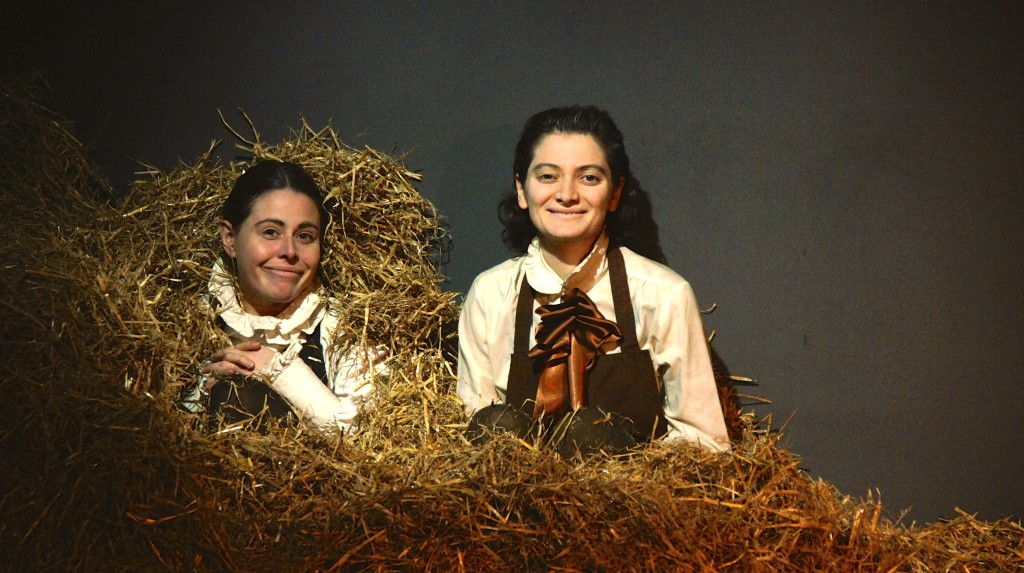