Russell has just finished performing in a sell-out season of the musical HIGH SOCIETY, at the Hayes Theatre, Potts Point.

The show is directed by Helen Dallimore, herself one of the great musical performers. 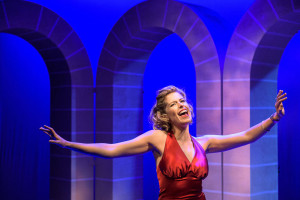 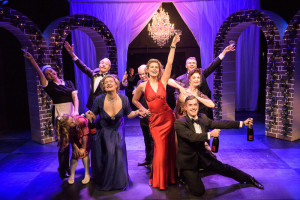 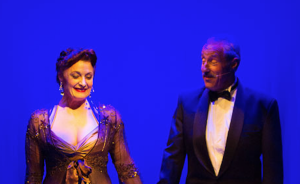 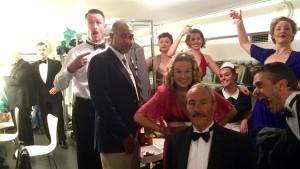 The most joyous dressing-room in the world….

A stellar experience – some review excerpts.

If you need twin staircases, tap-dancing, chorus lines, or a full-sized band, then wander down to the Opera House and see the Broadway-budgeted production of Anything Goes, one of Porter’s most famous. But if you’re happy with several of the greatest songs of the twentieth century, retrofitted into a well-crafted story with witty dialogue and all delivered flawlessly, then buy, sneak or cheat your way into High Society.

“Director Helen Dallimore has drawn together a stellar group of actors and creatives to bring Cole Porter’s ‘High Society’ to life with lots of laughs and beautiful music…
For it to work it must fizz, and Helen Dallimore has certainly achieved that in her production for Hayes Theatre Co. In addition to the magnificent music, the drama and comedy of the work is delightful and ensures that the work remains relevant. The comic timing of jokes and barbs are brilliantly presented and are accompanied by some priceless facial expressions.”